Due to the coronavirus pandemic, the US will witness unconventional conventions this weekm with the Democrats anointing Joe Biden and Kamala Harris as their candidates for the November election without a live audience and the made-for-television show.

This convention and the Republican one the following week will be mostly virtual with even the principals addressing them remotely.

The two-hour sessions each convention day are to be telecast by TV networks and be available on the internet.

Most of the 2,359 Republican Party delegates and 3,973 Democratic Party delegates elected through the intra-party elections known as primaries and caucuses will not be on the convention floor but participate remotely.

There are no challengers – even symbolically – to Biden and President Donald Trump for the nominations by their parties, making any dramatic debate or bargaining on framing on the party manifestos redundant.

But Trump plans to create drama outside the Democratic Convention.

The Democratic Convention, originally scheduled for July 13 to 16, in Milwaukee will run from Monday to Thursday, the day Biden is to make his presidential nomination acceptance speech from his hometown on Delaware with Harris at his side making history as the first non-White person and the third woman to be nominated for the vice presidency by a major party. 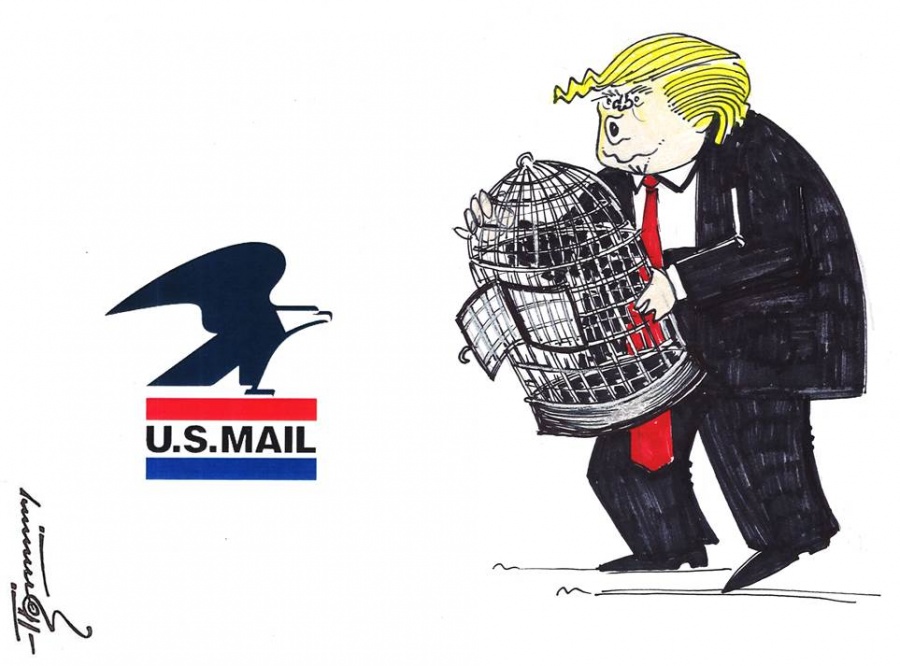 Harris will make her own acceptance speech on Wednesday.

Trump will try to play the spoiler by holding a campaign rally in Wisconsin State in OshKosh, about 100 km from Milwaukee on Monday, hoping to show a contrast between the hollowed-out Democratic Party event and his meeting.

Keeping up his political stunt, Trump is planning another rally just outside Biden’s birthplace of Scranton in Pennsylvania on Thursday, hours before Biden’s crowning moment of his acceptance speech.

On that day, Vice President Mike Pence will hold another rally in Darien, Wisconsin.

Trump himself will not be at the Republican Convention that is being held as originally scheduled from August 24 to 27 in Charlotte, North Carolina.

He is to give his acceptance speech from the White House, although he floated the idea of delivering it from Gettysburg, Pennsylvania, at the place where Abraham Lincoln gave the historic address affirming the equality of all in 1863 during the Civil War.

The Republicans had threatened to move their convention from Charlotte to Jacksonville, Florida, when local authorities would not permit a full-scale meeting because of the Covid-19 crisis.

As the pandemic flared up in Florida and elsewhere, the party scrapped the Florida plan and agreed to a barebones convention in Charlotte. It is to be backed by several events held remotely around the country.

One of the features of conventions has been the drama of losing candidates making a show of their strength at the convention and using it to influence the manifestos.

But this time there is no place for such displays this time as both Trump and Biden are the unanimous choices already.

Vermont Senator Bernie Sanders, the self-styled socialist, who put up a stiff fight in the primaries and got 1,110 delegates to Biden’s 2,739, has endorsed his rival and they have already come up with a statement of common points.

In 2016, Sanders and his supporters had held out till the last moment, putting on a colourful show on the convention floor to press their agenda.

And the President has no opposition in his party: Former Massachusetts Governor Bill Weld who ran against Trump got one delegate to Trump’s 2,358.

When the first formal session of the Democratic Party Convention on the theme, ‘Uniting America’ opens on Monday, former First Lady Michelle Obama is to be the starred speaker.

Biden’s wife, Jill, will have the starring role on the Tuesday session along with former President Bill Clinton.

Former President Barack Obama will speak on Wednesday, according to a schedule released by the party. 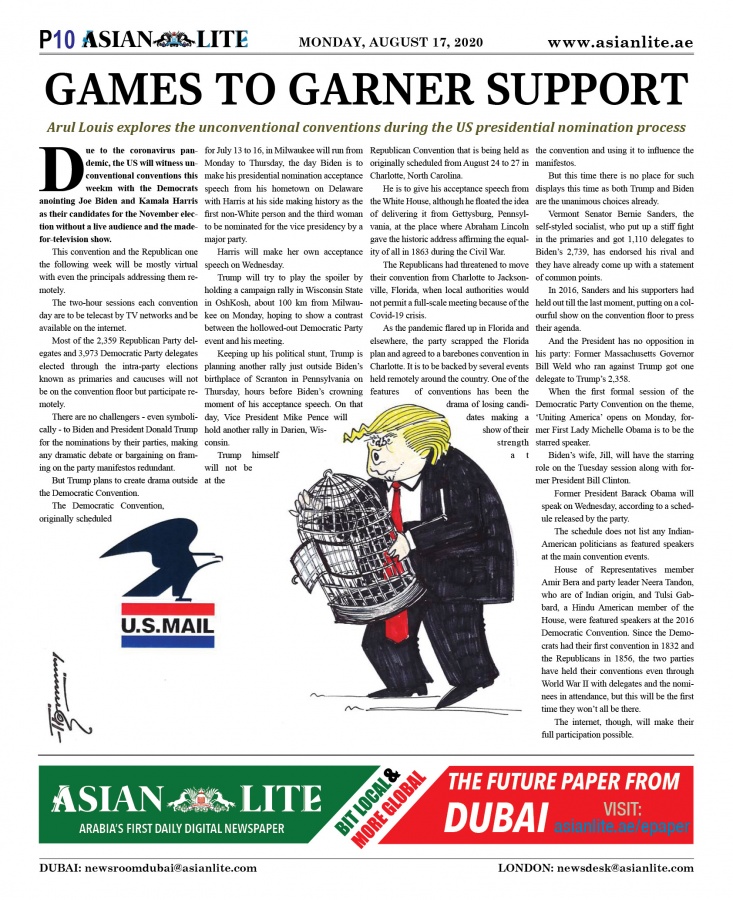 The schedule does not list any Indian-American politicians as featured speakers at the main convention events.

House of Representatives member Amir Bera and party leader Neera Tandon, who are of Indian origin, and Tulsi Gabbard, a Hindu American member of the House, were featured speakers at the 2016 Democratic Convention.

Since the Democrats had their first convention in 1832 and the Republicans in 1856, the two parties have held their conventions even through World War II with delegates and the nominees in attendance, but this will be the first time they won’t all be there.

The internet, though, will make their full participation possible.