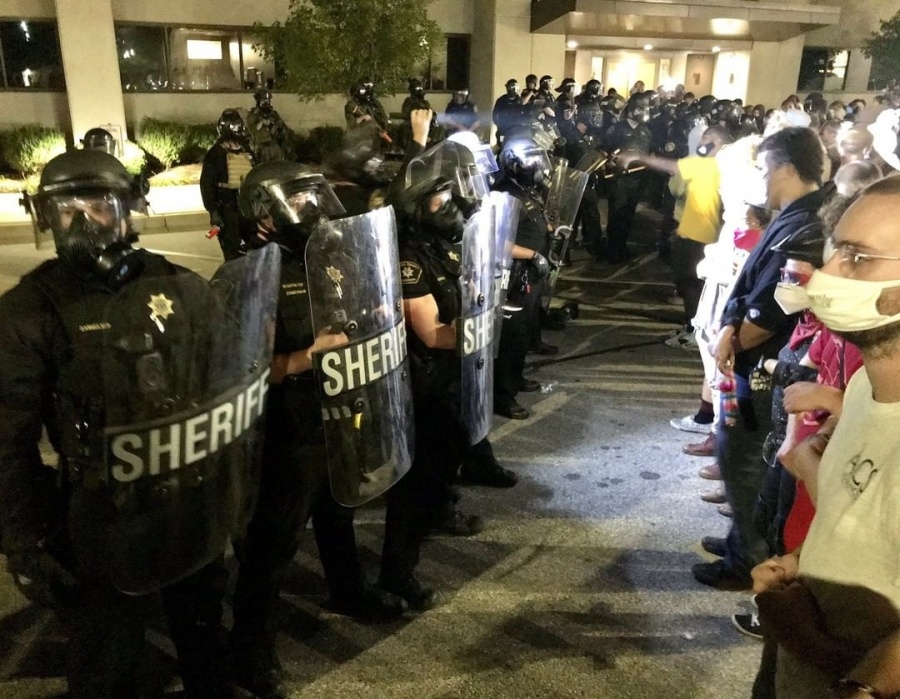 A 17-year-old teenager has been arrested on murder charges in the US city of Kenosha, Wisconsin after two people were killed amid protests against the police shooting of an African-American man in the state earlier this week.

On Wednesday, Kyle Rittenhouse was charged with first-degree intentional homicide and was arrested in his hometown of Antioch, Illinois, about 30 minutes away from Kenosha, Xinhua news agency reported.

Video of the incident shows a man, alleged to be Rittenhouse, running down the street with an AR-15-style rifle as he’s pursued by others attempting to apprehend him.

Rittenhouse falls to the ground, then proceeds to turn around and begin shooting at the people trying to disarm him.

An investigation led by the Kenosha police and FBI has not yet determined whether both deaths are connected to Rittenhouse.

The shootings took place during the third night of unrest in Kenosha against the shooting of 29-year-old Jacob Blake by the police.

The state’s Governor Tony Evers has declared a state of emergency and said on Wednesday that the number of Wisconsin National Guard members deployed in Kenosha would be 500, up from 125 on Monday and 250 on Tuesday.

A video posted on social media shows Blake being shot by police seven times in the back at close range as he was walking to his gray van in Kenosha on Sunday evening. Blake’s three sons were reportedly inside the van when he was shot.

Blake was later taken to hospital and remains in critical condition.

At a news conference on Tuesday, Blake’s attorney Ben Crump said that his client is paralysed and it would “take a miracle” for him to walk again.

Blake’s family plans to file a civil lawsuit against the Kenosha Police Department over the shooting, he added.

The Division of Criminal Investigation under the Wisconsin Department of Justice is investigating the case.

The division aims to provide an incident report to the prosecutor within 30 days.

Blake’s shooting comes after George Floyd, an unarmed African-American man, was killed by police brutality on May 25 in Minneapolis, Minnesota.

Also Read: Nikki Haley: America is not a racist country