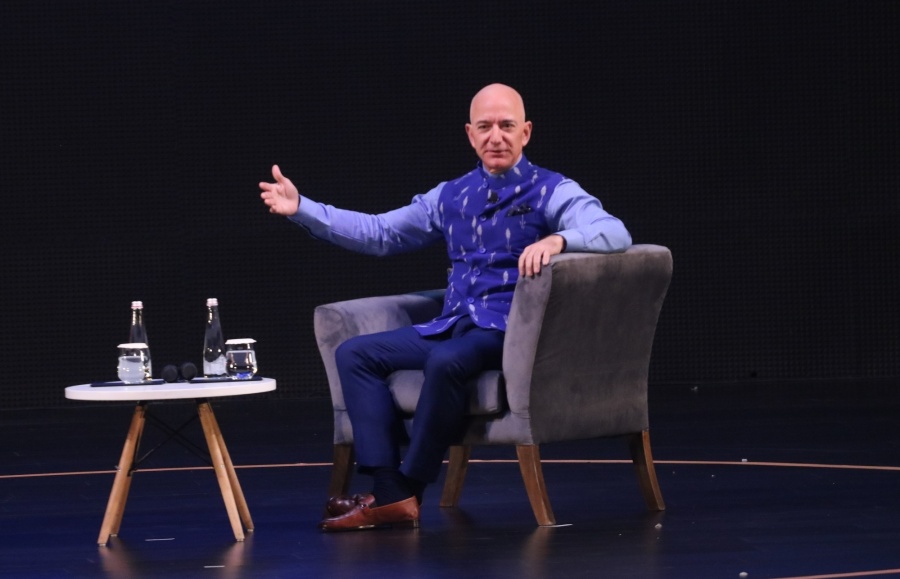 Amazon Founder and CEO Jeff Bezos has become the first person ever whose net worth soared over $200 billion, according to Forbes and Bloomberg Billionaires Index.

The net worth of the world’s richest person went up by $4.9 billion after Amazon stock edged up two percent as of Wednesday afternoon, Forbes reported.

However, his nearly 11 percent stake in Amazon makes up over 90 percent of his massive fortune.

The e-commerce giant saw a huge spike in demands for its services amid the Covid-19 pandemic.

Since the beginning of 2020, Amazon stock is up nearly 80 percent, said the Forbes report, adding that Bezos’ net worth on January 1 was roughly $115 billion.

While Forbes said that Bezos became worth $204.6 billion at 1.50 pm EDT on Wednesday, the Bloomberg Billionaires Index currently puts his net worth at $202 billion.

The person who is closest to Bezos now is Microsoft Co-Founder Bill Gates who is currently worth $116.1 billion, according to Forbes, while the Bloomberg Billionaires Index put his net worth at $124 billion.