The European Union (EU) has agreed Memoranda of Understanding (MoU) with eight non-EU partners to help their businesses limit the economic fallout of the coronavirus pandemic, the European Commission said.

The money for each partner is linked to specific actions, such as strengthening public finance and the resilience of the financial sector, improving governance and fighting corruption, enhancing social protection and addressing youth unemployment.

The Commission said the agreements were part of a package worth three billion euros (US $3.52 billion), which is available to ten enlargement and neighbourhood partners. Negotiations of MoU with the remaining two partners, Bosnia and Herzegovina (BiH) and Tunisia are underway. 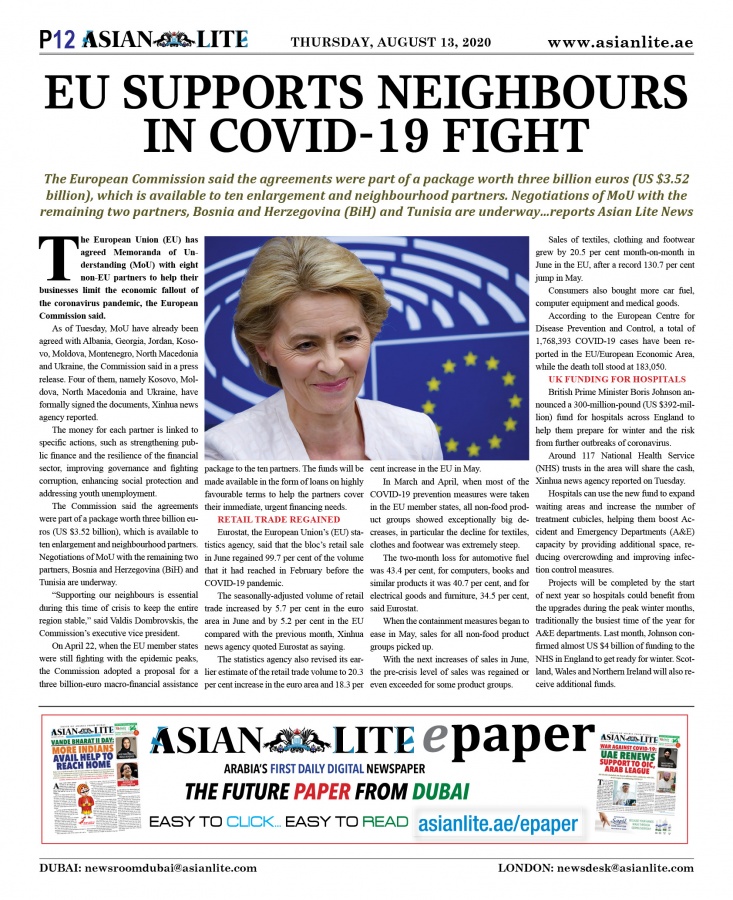 “Supporting our neighbours is essential during this time of crisis to keep the entire region stable,” said Valdis Dombrovskis, the Commission’s executive vice president.

On April 22, when the EU member states were still fighting with the epidemic peaks, the Commission adopted a proposal for a three billion-euro macro-financial assistance package to the ten partners. The funds will be made available in the form of loans on highly favourable terms to help the partners cover their immediate, urgent financing needs.