There isn’t anyone that has not been affected by the pandemic and to varying degrees, it’s impact at times has been life changing for many. It has also coincided when quite graphically, other social issues have risen even more so to the fore front, sparking re-evaluation on not only how we all live and view the UK within the context of the wider world but how we perceive the diverse array of people around us or reported upon in the news. It is clearly evident that for the vast majority of us, life individually is already taking on a new shape in whatever guise that may be, braced with new challenges and outcomes quite different to virtually any one of us could ever have anticipated from just six months ago. Likewise, this has hugely impacted on the UK’s media landscape and consumption of media itself. Here is an amalgam of three recent observations.

Linear TV has been a well-documented beneficiary of consumers’ time during lockdown with news content a common catalyst for its growth. In fact, the UK lockdown since mid-March has boosted TV time to levels not seen since 2014, with broadcast TV and online video each growing by nearly 40 minutes/person/day (Enders Analysis, May 2020).

However, despite the good news for TV networks there have also been significant impact on production pipelines and overall quality of the programming schedule, especially in a year that was supposed to feature both the Olympics and the Euros.

However, since relatively brief return and closure of Premier League season, Formula One’s re-start too, has brought a sense of renewed viewing ‘normality’ and with most of the population starved of any live sport in recent months, the Premier League restart has been pulling in huge viewing figures. Data from Sky shows this broad appetite across the board. Apologies in advance for anyone not a fan of football but some of the reported viewing numbers have been ground breaking: – 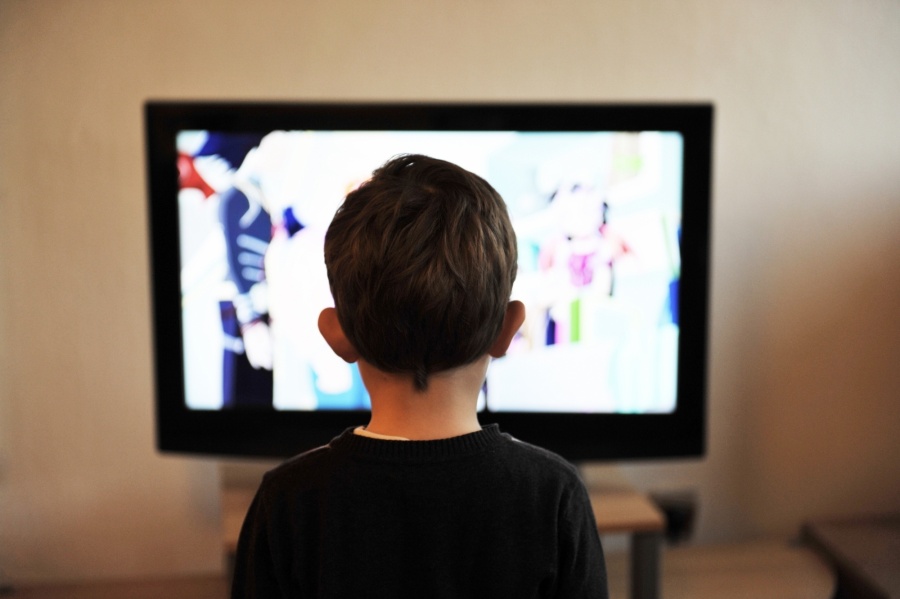 Lockdown saw increases in reading, listening and watching of nearly every media, bar out of home and cinema. Radio in particular saw an increase in listening hours of 24%, with nearly 35% of people saying they were listening to more audio since lockdown began. But with much of the nation working from home and banned from travelling, the traditional reach driving dayparts of morning and evening drivetime became less important as listening patterns began to flatten through the day.

Similarly, in out of home, roadside reach and frequency fell to less than 50% of regular figures in April, with transport environments falling even further. But with lockdown easing – both officially and unofficially – there are signs that normal (whatever that means) behaviors are resuming.

Although official RAJAR results are not released until the end of July, data from some vendors indicates that evening drivetime listening is up by 11% at the end of May compared to the start of April.

Estimates based on OOH data also show that supermarket and roadside reach and frequency are back to 100% of what they were pre-lockdown.

Finally, cinemas re-opening, and although admissions will be limited by social distancing for the foreseeable future, it is expected that between 70% and 80% of screens will be open over the Summer. Air-con solace for anyone wishing to escape recent sweltering heat!

With a constant rolling news cycle around COVID-19, 65% of the UK continues to follow coronavirus news updates at least once a day. Unsurprisingly, this consumption declines when looking at European countries who are further ahead of their recovery, like Germany or France, at 50% and 51% respectively. According to Edelman Trust Barometer, 67% of UK citizens are getting most of their information about the virus from major news organizations. That is almost double the figure relying on national government sources at 34%, and more than treble social media at 22%. This incessant demand is partly fuelling the acceleration of digital media consumption over this time, as highlighted in the recent UKOM report which revealed that an additional 3.9 billion minutes per month (+23%) of news content is being consumed. 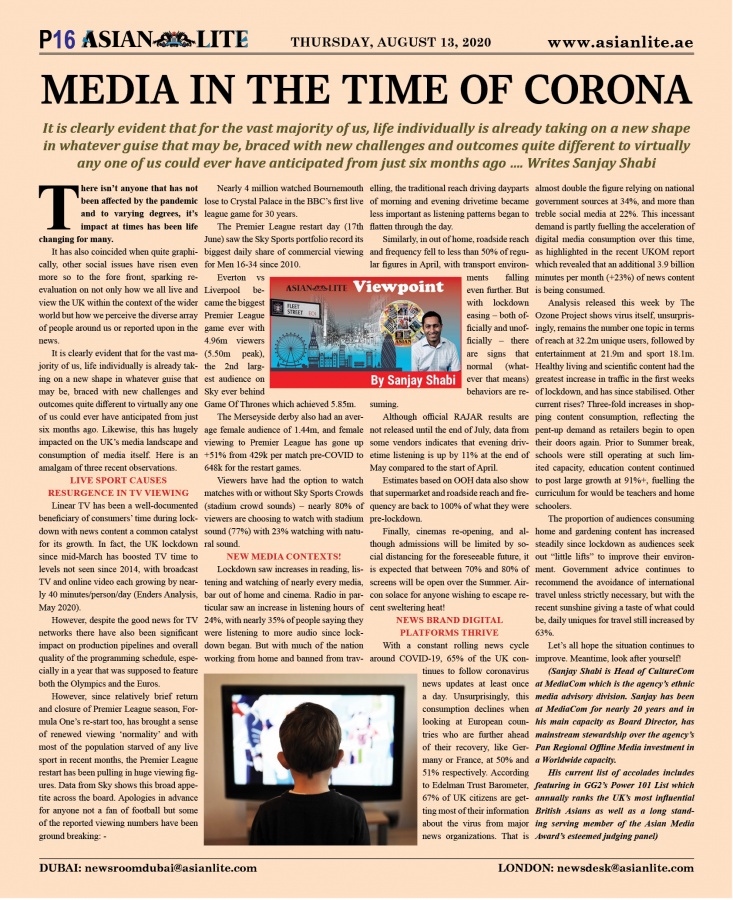 Analysis released this week by The Ozone Project shows virus itself, unsurprisingly, remains the number one topic in terms of reach at 32.2m unique users, followed by entertainment at 21.9m and sport 18.1m. Healthy living and scientific content had the greatest increase in traffic in the first weeks of lockdown, and has since stabilised. Other current rises? Three-fold increases in shopping content consumption, reflecting the pent-up demand as retailers begin to open their doors again. Prior to Summer break, schools were still operating at such limited capacity, education content continued to post large growth at 91%+, fuelling the curriculum for would be teachers and home schoolers.

The proportion of audiences consuming home and gardening content has increased steadily since lockdown as audiences seek out “little lifts” to improve their environment. Government advice continues to recommend the avoidance of international travel unless strictly necessary, but with the recent sunshine giving a taste of what could be, daily uniques for travel still increased by 63%.

Let’s all hope the situation continues to improve. Meantime, look after yourself!

(Sanjay Shabi is Head of CultureCom at MediaCom which is the agency’s ethnic media advisory division. Sanjay has been at MediaCom for nearly 20 years and in his main capacity as Board Director, has mainstream stewardship over the agency’s Pan Regional Offline Media investment in a Worldwide capacity. His current list of accolades includes featuring in GG2’s Power 101 List which annually ranks the UK’s most influential British Asians as well as a long standing serving member of the Asian Media Award’s esteemed judging panel)