In what seems to be another bombshell in the volatile Pakistani politics, batting legend Javed Miandad threw a challenge to Prime Minister Imran Khan, saying that he would oppose every decision of his if it goes against the interests of Pakistan.

“Not only in the affairs of sports, I will also challenge him (Imran Khan) in field of politics. Imran should remember I was his captain,” roared a visibly perturbed Miandad on his Youtube channel.

Annoyed with the mismanagement of Pakistan Cricket Board (PCB), former star cricketer Miandad lashed out at Imran Khan on several issues facing the nation.

“Please do not bring people from abroad to manage our cricket. Look for deserving people in Pakistan. Believe in people of Pakistan,” he said, indicating UK-returned PCB Chairman, Ehsan Mani, who has been residing in London for years.

Miandad was also not content with the work of Wasim Khan, a former Birmingham-based cricketer. Both Wasim and Ehsan Mani are said to be close to Imran Khan.

“These people (Wasim and Ehsan) are outsiders. Suppose they are involved in some wrongdoing here and later run away from Pakistan, then who will be responsible for their act,” Miandad asked.

The former Pakistan captain was also not happy with Imran Khan’s style of working. 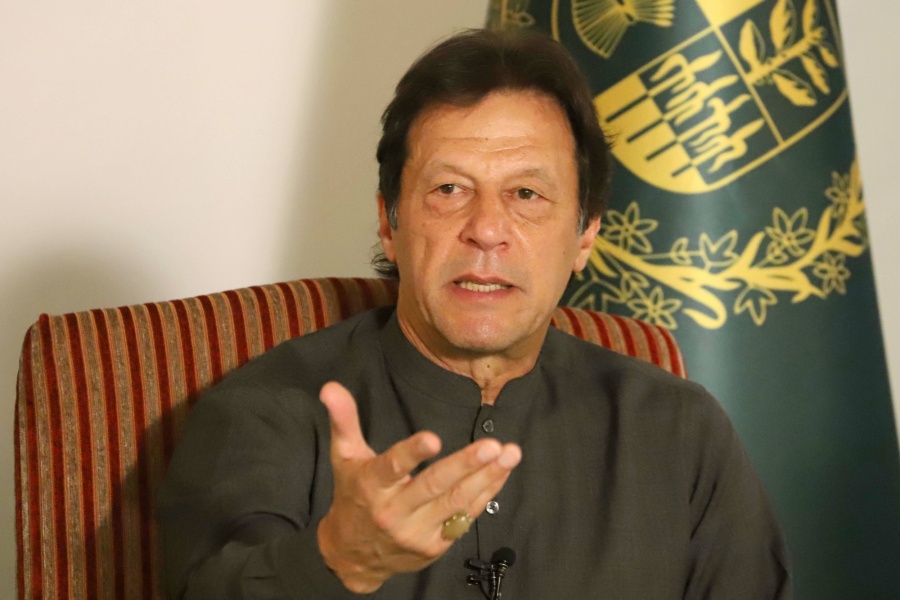 “Tum Khuda ban kar baithe ho. Tumhe lagta hai ki tumhare alawa yahan kisi ko kuch pata nahi…. because you (Imran Khan) think that except you, no other person from Pakistan went to Cambridge or Oxford. Actually you don’t have any idea of what’s happening in Pakistan. You are relying only on such people (from abroad) whose intentions are bad. You don’t know what type of people (Wasim and Ehsan Mani) are,” Miandad said, in an attack on the elite ring around the Pakistan Prime Minister.

Reminding Imran Khan of visiting his house in Karachi to muster support for last federal polls, Miandad said: “He (Imran) came to my house on eve of polls. I backed him for Prime Ministership. I supported him. He should realise this fact. Imran cannot deny that I supported him. But he failed to fulfil his promise for the people of Pakistan.

“So from now onwards, I will also speak on political issues. I will not sit back. I will speak my mind for the betterment of Pakistan.”

In fact, Miandad seemed disappointed over Pakistan’s loss in the first test match against England, and blamed it on the ongoing mess in the PCB. 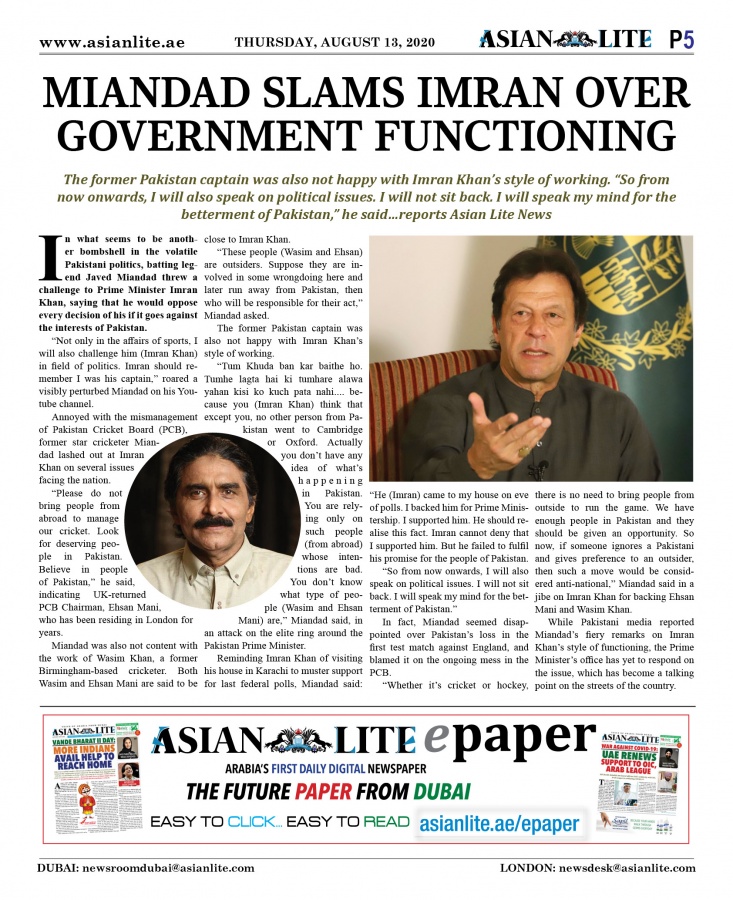 “Whether it’s cricket or hockey, there is no need to bring people from outside to run the game. We have enough people in Pakistan and they should be given an opportunity. So now, if someone ignores a Pakistani and gives preference to an outsider, then such a move would be considered anti-national,” Miandad said in a jibe on Imran Khan for backing Ehsan Mani and Wasim Khan.

While Pakistani media reported Miandad’s fiery remarks on Imran Khan’s style of functioning, the Prime Minister’s office has yet to respond on the issue, which has become a talking point on the streets of the country.