UN Secretary-General Antonio Guterres told world leaders that the COVID-19 pandemic has become a game-changer for international peace and security.

The world has “entered a volatile and unstable new phase” in terms of the impact of COVID-19 on peace and security, the UN chief told a virtual meeting with world leaders on Wednesday, Xinhua news agency reported.

Speaking at one of a series of international meetings among heads of state to enhance global cooperation in fighting terrorism and violent extremism, as part of the Aqaba Process, the UN secretary-general said the pandemic is more than a global health crisis.

The Aqaba Process is an initiative launched in 2015 in the Jordanian city of the same name by the King of Jordan, Abdullah II, to strengthen international cooperation against violent extremism and terrorism. 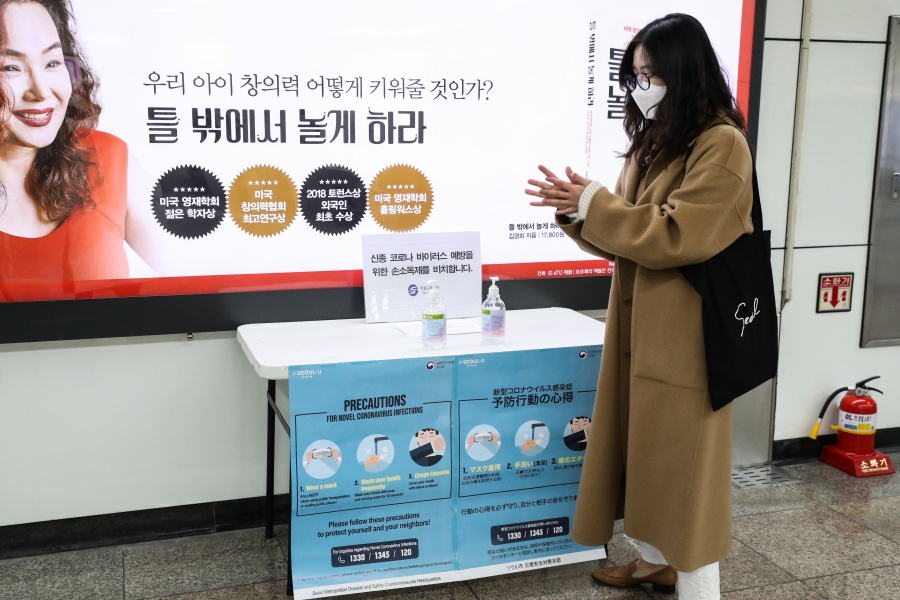 “It is a game-changer for international peace and security,” said the UN chief, emphasizing that the process can play a key role in “promoting unity and aligning thinking” on how to beat back the pandemic.

The meetings, held via teleconference, covered security challenges emerging in light of the COVID-19 pandemic and ways to address them, in addition to means of unifying and integrating efforts among all stakeholders to counter the threats of terrorism and extremism.

This round of meetings reportedly saw the participation of the presidents of Nigeria, the Philippines, Kenya, and Bulgaria; and the prime ministers of Canada, Bulgaria, and Albania, in addition to UN and Interpol secretaries-general and NATO’s deputy secretary-general.

Guterres told the virtual meeting that the coronavirus has exposed the basic fragility of humankind, laid bare systemic and entrenched inequalities, and thrust into the spotlight geopolitical challenges and security threats.

“The warning lights are flashing,” he said, stressing that as the virus is “exacerbating grievances, undermining social cohesion and fueling conflicts,” it is also likely to “act as a catalyst in the spread of terrorism and violent extremism.”

The pandemic has highlighted vulnerabilities to emerging threats such as bioterrorism and cyber-attacks on critical infrastructure.

“The world faces grave security challenges that no single country or organization can address alone,” Guterres said, adding that “there is an urgent need for global unity and solidarity.”

Recalling the UN’s Virtual Counter-Terrorism Week in July, he reminded that participants called for a “reinvigorated commitment to multilateralism to combat terrorism and violent extremism.”

However, a lack of international cooperation to tackle the pandemic has been “startling,” Guterres said, highlighting national self-interest, transactional information sharing and manifestations of authoritarianism.

The UN chief underscored the need to put people first, by enhancing information sharing and technical cooperation “to prevent terrorists exploiting the pandemic for their own nefarious goals” and thinking “long-term solutions rather than short-term fixes.”

“This includes upholding the rights and needs of victims of terrorism… (and) the repatriation of foreign terrorist fighters, especially women and children, and their dependents to their countries of origin,” he noted.

The secretary-general also addressed the Centenary Summit of the International Organization of Employers (IOE) on how private and public sector cooperation can help drive post-COVID change.

He lauded the IOE’s “significant contributions” to global policymaking for economic and social progress, job creation and a mutually beneficial business environment, calling it “an important pillar of the International Labour Organization (ILO) since its earliest days.”

“Today, our primary task is to defeat the pandemic and rebuild lives, livelihoods, businesses, and economies,” he told the virtual summit.

In building back, he underscored that workers and small businesses should be protected, and everyone be given the opportunity to fulfil their potential.

ILO chief Guy Ryder highlighted the need for conscious policy decisions and tripartite cooperation to overcome transformational challenges, such as technological change and climate change, as well as COVID-19.

Ryder also flagged that employers must continue to collaborate in social dialogue and maintain their commitment to both multilateralism and the ILO.

The IOE represents more than 50 million companies and is a key partner in the international multilateral system for over 100 years as the voice of business at the ILO, across the UN, the G20 richest countries and other emerging forums.