Guess who is learning from the debt enslavement of Pakistan? It is none other than Indias eastern neighbour-Myanmar. After having noticed how countries have been honey-trapped by China through its Belt and Road Initiative (BRI), Myanmar is holding back on sweet poison promises by China.

India’s eastern neighbour has begun to re-look at a number of projects under the China Myanmar Economic Corridor (CMEC), which at $100 billion is much bigger than the Chinese investment in Pakistan at $64 billion. The CMEC seeks to connect Yunnan province of China to Mandalay in central Myanmar and then fork off to the Yangon New City in the south and the Kyaukphyu Special Economic Zone in the west.

The Kyaukphyu port will provide China with access to a strategic location due to its presence on the Bay of Bengal coast.

Under the CMEC, which is nearly 1,700-km long, China plans to implement nearly 38 projects in Myanmar. Learning from the experiences of other countries, the latter has, however, cleared only nine of these. Myanmar has taken a number of steps-stopping work on projects, setting-up commissions to review projects, break-up the bigger ones to make them manageable and also invite foreign consultants to participate in CMEC projects, crushing the Chinese monopoly.

Interestingly, both-the generals, as well as the political dispensation in Myanmar-have, reached the conclusion that Beijing cannot be relied upon and the projects not only need minute scrutiny but a reduction in costs as well. The government has also realized that projects have to benefit the people of Myanmar instead of profiteering Chinese companies.

Towards this end, Myanmar has already unravelled the mammoth New Yangon City project and is now busy with finalizing an international consultant to hire a new developer instead of the China Communications Construction Company Ltd. (CCCC), which has acquired a dubious reputation in the execution of BRI projects globally. The project was estimated to cost $8 billion for developing a completely new township on a nearly 20,000-acre parcel of land. If executed, the project would have included five resettlement areas, two bridges, an industrial estate, commercial areas, residential habitats as well as the necessary infrastructure for all this construction and development. 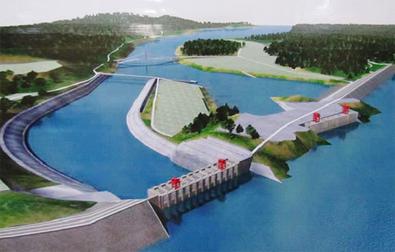 The fiscal size, the Chinese partner, and the location of the project unnerved Myanmar. The location selected by the Chinese was a flood-prone area and Myanmar was not comfortable with the CCCC. The size of the project deterred other possible investors, due to which Myanmar decided to split the project into manageable portions and reduce the quantum of investment. Myanmarese officials now plan to make the project transparent as well as hope to invite international companies by the end of the year.

Myanmar has deployed many tools to water down Chinese greed and reduce the dragon’s interference.

In June this year, Myanmar auditor general Maw Than warned his government about the high rates of interest charged by China on loans as compared to international rates. Of its total debt of about $10 billion, Myanmar owes $4 billion to China. He cautioned parliamentarians: “The truth is the loans from China come at higher interest rates compared to loans from financial institutions like the World Bank or the IMF. So, I would like to remind the government ministries to be more restrained in using Chinese loans.”

Myanmar is also taking a critical look at a railway line connecting its Muse township with Mandalay in China. The gargantuan $9 billion rail project has not seen the green light from Naypitaw as yet.

India’s eastern neighbour has not taken a decision over re-starting work on the $3.6-billion Myitsone Dam over River Irrawaddy whose construction had been stopped in 2011 by then-President U Thein Sein over widespread protests and public opposition. The government also realized that going ahead with the gigantic project would jeopardize its national security-China had complete control over the operation of the dam and its water flow.

Almost nine years later, whether to construct or not to construct the controversial hydroelectric dam, remains a delicate decision for State Counsellor Aung San Suu Kyi. The government has, therefore, established a 20-people commission to review the project. Though the commission has given two reports, the government has withheld those and subsequently, the construction of the dam also remains suspended.

Though Myanmar has been successful in reducing the size of the CMEC, one of the major successes has been the renegotiation over the Kyaukphyu deep water port project. It has been able to reduce the investment in the Kyaukphyu project from the initial $7.5 billion to $1.3 billion along with increasing its share from a mere 15 per cent to 30 now, ensuring that China’s share comes down from 85 per cent to 70.

It is not just the CMEC which is a worry; the Myanmarese generals are openly critical about China providing arms and training to rebels along its northern and the north-eastern borders. The generals, who continue to remain powerful, have a major say in the running of the country.

With the Chinese game plan unravelling in Myanmar, will India be able to step up its game and make itself useful to its eastern neighbour for a mutually-beneficial relationship-considering that both countries can do with more reliable friends around them?